Women’s football (soccer) is at an all-time high in England at present. The Women’s Super League, the top tier of women’s football, is expanding year on year, and England Ladies finished an unprecedented third at the 2015 FIFA Women’s World Cup, the best placing of any European team in the tournament. Here we’ll look at the history of the sport, the most recent progress made by England at the domestic and international level, as well as what to expect in the future.

The History of Women’s Football

Women’s football has been played in England almost as long as the men’s game, becoming especially popular early in the 20th century. One team of note was Dick, Kerr’s Ladies F.C. who toured the country playing over 800 charity matches. Across a fifty year period, they raised the modern equivalent of tens of millions of dollars. A lull in the sport was followed by a further revival in first the 1990s and then again in 2011 when the new Women’s Super League (WSL) was formed. The WSL replaced the Women’s Premier League at the top of the football pyramid and became attractive worldwide. When the 2012 Women’s Professional Soccer season in the US was cancelled, several high profile names joined WSL clubs.

Wages in this nascent league are still small, though the top earners can make over $50,000 a year from their club contracts – not a pittance on the men’s game but still enough to allow them to train full time. Central contracts for England internationals, introduced in 2009, support nearly 30 players on similar full-time salaries, promoting the growth and retention of home grown talent. There is still a long way to go to reach the level of their US counterparts, who can earn six-figure salaries on top of sponsorship deals that may stretch into the millions – US forward Alex Morgan is estimated to earn roughly $3 million a year, mostly from sponsorship deals with companies like Nike, Coca-Cola, and McDonalds. 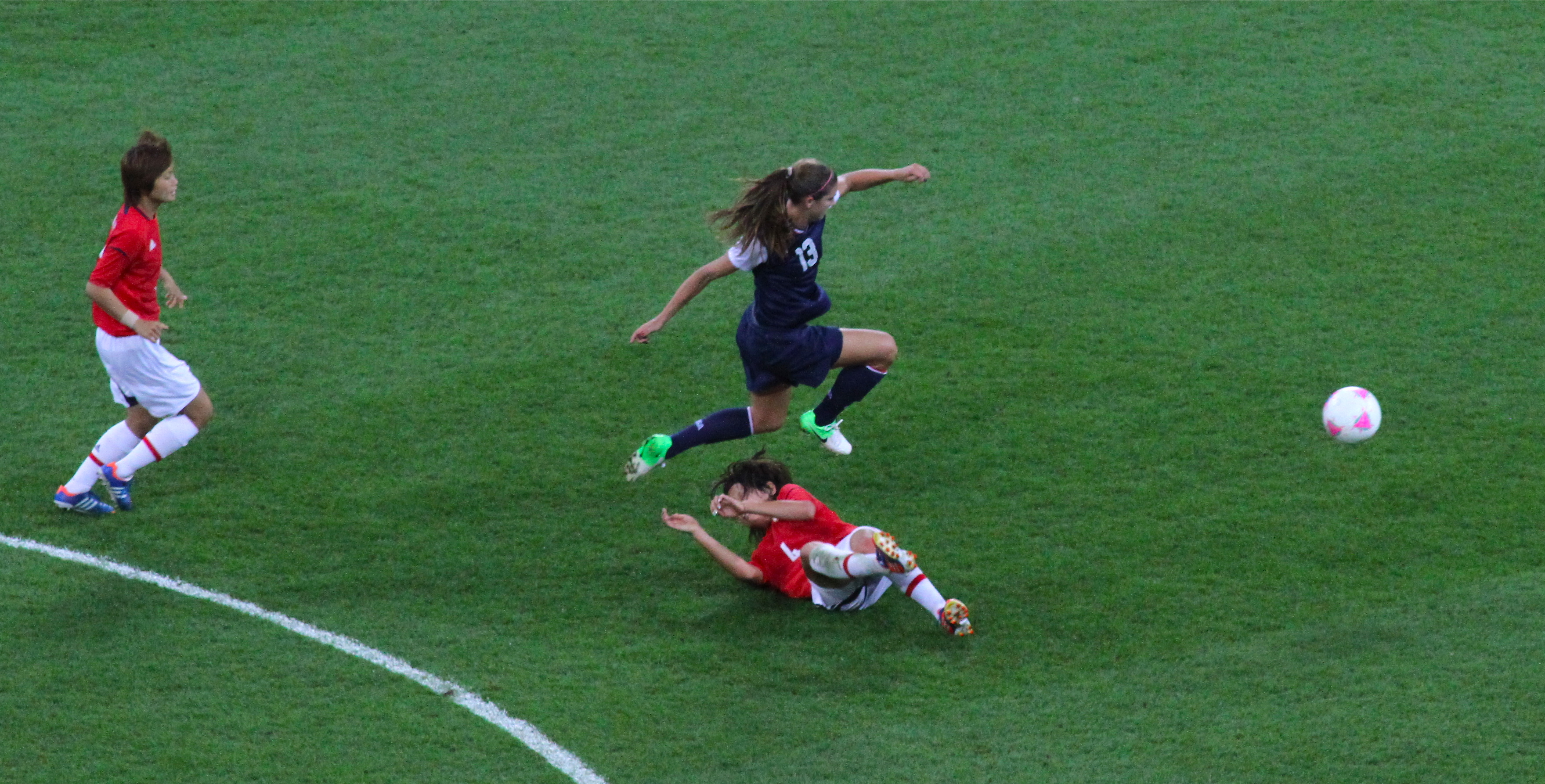 US star Alex Morgan in action – at $3m a year she is one of the game’s top earners.

But there has been progress. Crowds have risen steadily and the national team has inspired a leap in participation figures. In 2013, the appointment of Mark Sampson as England coach signaled the start of an upturn in the national team’s fortunes. After the disappointment of the men’s 2014 World Cup campaign, England Ladies wowed the nation with their run to the 2015 World Cup semi-finals, and their third place playoff victory over Germany, their first win in 21 attempts against the world’s second ranked side. Their success has raised the profile of the game and enthused fans – both male and female – across the country. With the top players now household names, and England sitting at their highest ever FIFA ranking of fourth, the next step is for England to challenge the elite US and German teams on a regular basis.

Domestically, the aim is for 20 teams to soon be competing in WSL1 and WSL2, with attendance targets set for each team at 500 spectators – some already exceed this and maximum average attendances should move ever closer to 1000 fans, with the goal being eventually for women’s football to become the second most popular sport, behind the men’s game. With Premiership rugby attendances over 12,000, it is some ask, but as Sport England’s recent campaign, endorsed by many of the England Ladies stars, tell us: this girl can.

Also ladies check out Live Love Gameday’s 2017 FOOTBALL line of gameday outfits and accessories! Shop the latest STYLES: Home Is Where the Field Is®, I Vow To Always Love You, Even During Football Season™, Sunday Nights & Stadium Lights™ and more!

Why You Should Join a Flag Football League
April 26, 2019

Self-Refereeing: What Sets Ultimate and Its Players Apart?
April 26, 2019

Most Violent Sports to Play Recreationally or Professionally
January 1, 1970

Women’s Football On The Up in England

Women's football is riding high Women’s football (soccer) is at an all-time high in England at present. The Women’s Super League, the top tier of women’s football, is expanding year on year, and England Ladies finished an unprecedented thi...
0
Average User Rating
0 votes
Was this article useful?
Your Rating: 0
Submit