The Lowdown on Ultimate Frisbee the Game.

One of the first hurdles to cross when becoming involved in this sport is the name. Some people will call it Ultimate, other Ultimate Frisbee, and even just Frisbee. The correct term is ultimate. There’s a problem with this. Like it or loathe it, there is no denying that ‘ultimate’ is an inadequate description – it simply does not tell you enough about the sport. It’s just an adjective. So why is it called that?

In the summer of 1968, Amherst college student Jared Kass taught ‘ultimate frisbee’ to Joel Silver, who together with his fellow Columbia High School students would go on to develop and promote the basic rules used today. The rest, as they say, is history. The use of ‘ultimate’ was Kass’s invention – he recalls saying to himself ‘this is the ultimate game,’ while playing early in the sport’s creation. The adjective also allowed differentiation from other Frisbee games of the time, like freestyle or guts. So far, so good, even if it does draw comparisons to ‘Extreme Ironing’ and the like. But where did the Frisbee part go? When is the last time you played? 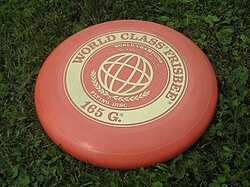 The Rise and Fall of Wham-O

Frisbee is a registered trademark of global toy manufacturer Wham-O, who first introduced it in the late 1950s. The name Frisbee came from the Frisbie pie company, whose pie trays were fortuitously aerodynamic. For years, the Frisbee was the ubiquitous flying disc, its market domination such that all other makes were (and often still are) called Frisbees. This worked fine until the 1980s, when Discraft brought out the 175 gram Ultrastar now widely used for ultimate. Superior stability meant it quickly became the disc of choice. With Wham-O’s trademarked term no longer allowed to be used, the sport had to cut its name, and simply became Ultimate. 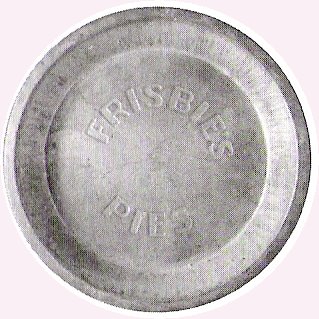 The Frisbie Pies tins whose fine flying inspired the Frisbee.

Should it be called Ultimate? At first it was, and even today the name is often capitalised, presumably to fit with the uppercase F of Frisbee, or to differentiate it from the adjective. No. You don’t capitalise football, basketball, soccer or snooker. You don’t capitalise ultimate. Simple. It’s not a person, it’s a sport. Plenty of sites and resources still use a capital U, and my opinion is simple: they shouldn’t. Ultimate is different from mainstream sports in many ways, and some of those are what makes it such a great sport, but if we want it to be taken seriously, we can’t make its title more unorthodox by considering it a proper noun.

Flatball. It should probably be called flatball. Some people do use this name – it’s much more descriptive, gives a sense that it’s probably a team sport, and played with something flat. There may be other alternatives as well, though I’d shy away from terms like ‘disc soccer’ because it is its own beast rather than an imitation of another sport. But in all likelihood, this discussion has come too late, and ultimate is here to stay. Do I think the name hinders it? Yes. Do I think it can spread globally despite this? Definitely.

Slip-n-Slide Kickball Must Be Your Next Summer Activity
March 21, 2019

Ultimate Throws: The Basics of Throwing
May 4, 2016

5 Steps to Being a Good Golfer Without Taking Lessons
April 22, 2019

Ultimate: What Should You Call It

The Lowdown on Ultimate Frisbee the Game. One of the first hurdles to cross when becoming involved in this sport is the name. Some people will call it Ultimate, other Ultimate Frisbee, and even just Frisbee. The correct term is ultimate. T...
0
Average User Rating
0 votes
Was this article useful?
Your Rating: 0
Submit