You know the flick, the backhand, the hammer. But what did that maverick college star just throw?

Your backhands come naturally. Forehands, with a little practice, are accurate. Some other beginners team pulled out a zone defence and you threw a shaky, but successful, hammer over it. You’ve got it all – until you see online highlights of a throw you didn’t even think possible. I’ll tell you what it was: one of these advanced throws I’ll talk you through now. Welcome to the next level.

Hammers are cool, scoobers are cooler. Their nonchalant style and no-look potential make the scoober the edgy cousin of the hammer – the one that rides a motorbike and has a septum piercing. It is still thrown with a forehand grip, but from a backhand stance, making it a quick, shorter range overhead. Like the hammer, it can be thrown to the backhand side to ‘break’ forehand forces, but has added versatility. In being able to be thrown horizontally across the body, to further helix and be caught near vertically, scoobers can also hit the break side against backhand forces. As such, they are very common indoors (where backhand forces are often prevalent) but there’s nothing to stop you popping one over a nearby defender (or group of them) outdoors either. As with flicks and hammers, work on a sharp wrist flick to give stability and distance.

These are handy short range throws for when a flick would be impractical or just less impressive. Held in a backhand grip, though your fingers may be splayed or along the outside rim, the push pass is thrown on the forehand side and pushed forward by extending the arm as much as any wrist action. Their low speed make them decent options into space on the flick side or for ‘resetting’ the disc back to a handler. 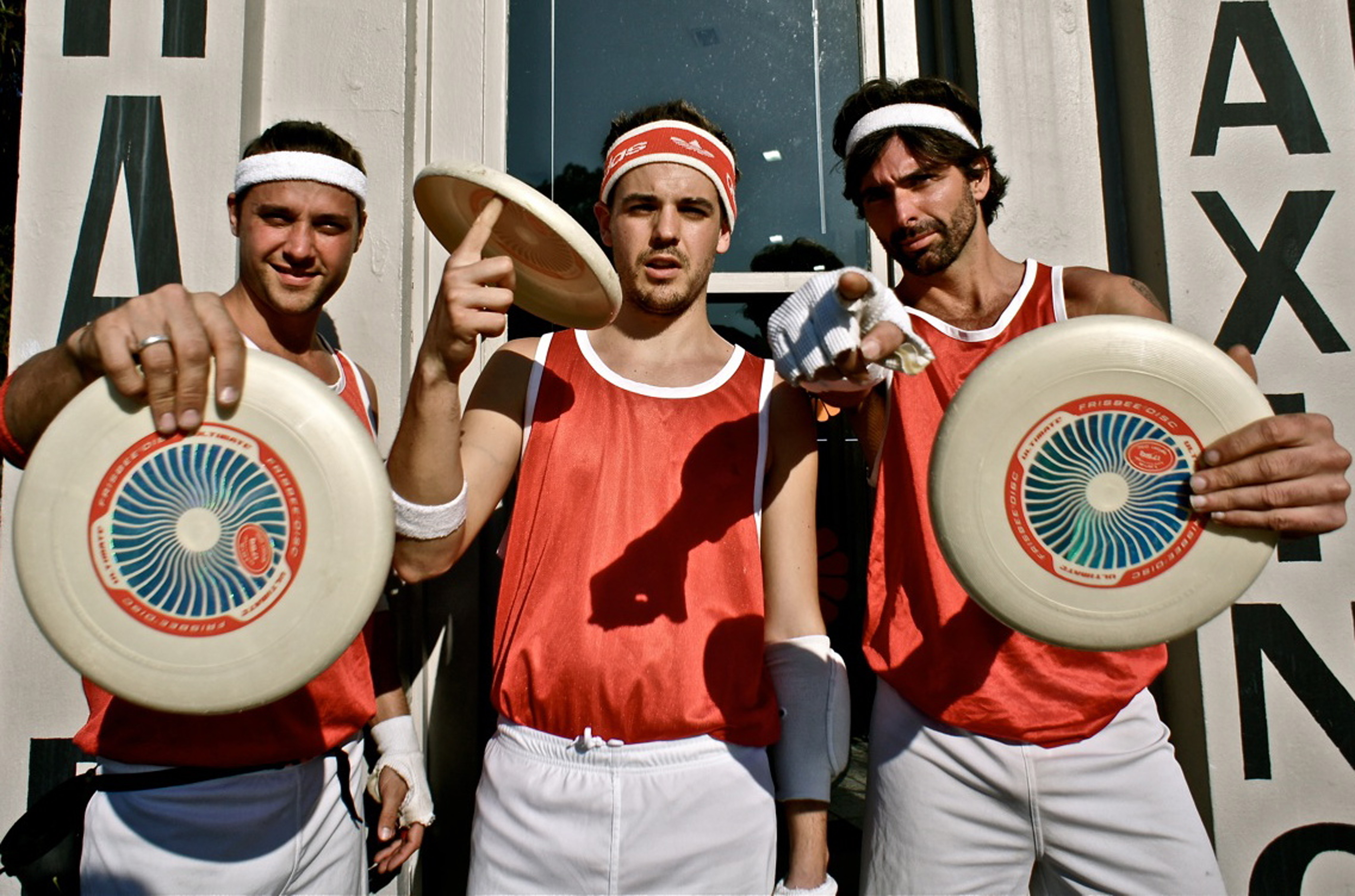 Another option for limited yardage throws, the pop pass is a backhand with a healthy dose of verticality in its throwing motion, such that it can be placed well ahead of a receiver or be ‘popped’ over a defender. A slight variant is the elevator backhand, which is released high with the leading edge down – this rises and then quickly falls, making it ideal to get over a mark to a teammate before attacking upfield for a speedy return pass.

Also called a knife, this is a forehand thrown vertically and usually high from the forehand side. If your angle is just right, it will stay upright and cut through the air at pace rather than turning over like a hammer. Great indoors, blades can still be thrown outdoors to bypass defenders, but be careful exposing the bottom of the disc to any wind!

For all those times you need a speedy catch and release, or want to show off, the chicken wing is a great ally. Take your backhand grip, turn your hand over and tuck your thumb inside the rim, then cock your arm out to your side and fling the disc forwards with the motion of your forearm. Often, a chicken wing will be used attempting to throw a ‘greatest’ – read on for what that means!

Like the chicken wing, this is a great catch and throw option for quick continuation. This time, it is the disc, and not your grip, that’s upside down, and the disc is thrown like a normal backhand. As its motion is different upside down, you may have to throw it at an outside in angle to get a straight flight path – experimenting with your releases is the key here.

Continuing the upside down trend is the thumber. Flip your forehand grip over and press your thumb inside the rim to act like your index finger would normally and flick the disc on its way. Release overhead and beyond vertical and you’ll find the thumber follows the reverse arc to the hammer, arcing down from right to left for all you right-handed throwers. As such, it’s a high flair alternative to an outside in forehand.

Thumber grip. You know, for when you just need to show off a bit.

Finally, we have ‘the greatest play in ultimate’. While not a specific throw in itself, this play is a must-know for any serious player or spectator. Jumping from in-bounds, catch the disc and throw it back into the field before you land out of bounds. If you’d landed first, it would be a turnover. If you get the throw away in time, and it goes to a teammate, and even better, if they score…there is no higher achievement in ultimate. That doesn’t mean it’s time to hang up your boots however – celebrate like mad, jokingly berate the thrower for sending it out of the pitch and then get ready for the next point!

That was a brief look at the wilder side of throwing. While not a definitive source of info, this article should at least allow you to identify the more advanced throws you see and may want to learn – for that stage, look up how-to videos online and most importantly, get out there and throw!

0 0
Next ArticleHow to be an Effective Flag Football Rusher

Advanced Throws in Ultimate: What the Pros Throw

You know the flick, the backhand, the hammer. But what did that maverick college star just throw? Your backhands come naturally. Forehands, with a little practice, are accurate. Some other beginners team pulled out a zone defence and you t...
0
Average User Rating
0 votes
Was this article useful?
Your Rating: 0
Submit